SOUND OF A BARREL ORGAN

Up until 80. of 19th cent. there were no pavements nor cobblestones in Tomaszów, in 60. citizens used lanterns after dark, at 10 pm night guard announced night hours using rattles, and all legal regulations were announced “using a drum” (Wachowska 1980). Many new taverns and pubs started to pop up in the town, among them the most popular one – Szarlotenburg. A village called Piekło (Hell) with a tavern having the same name became a place of Sunday meetings and walks, and nearby Brzustówka offered brick tavern, bowling alley, dancing hall and a boat or a ferry trip on Pilica (Wachowska 1980). Built in 1825 on St Joseph Square (today Kościuszko Square) the first coffee house and confectionery managed by Wincenty Sawicki attracted with a reading room with newspapers. The most popular place of entertainment until 1834 was the house and the garden of Karol Korecki at Zielona Street (today Tkacka Street) and afterward company of Paul Proquitte, Roman Hamerlan and Aron Neufeld. In 80. summer events were organized in the garden of Alojzy Milajdsen in so-called Swiss Valley. In taverns and pubs regular music shows took place and the poorest youth danced to the sound of a barrel organ. Founded in 1870 the Society of Amateurs of Literature held music, dance and declamation evenings. Already mentioned Neufeld builds a theatre hall in 1880 named Neufeld’s Hall. For the opening night there was a performance of drama by Bolesław Puchalski directed by Ratajewicz. The company of Feliks Stobnicki was very popular at the time. For some time it was called  “Theatre in Tomaszów managed by Feliks Stobnicki”. In 1887 in Neufeld’s Hall Gabriela Zapolska had her benefit (Wachowska 1980). 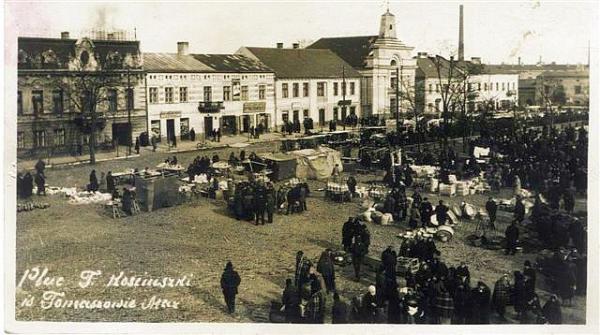 Tomaszów was granted municipal rights on 6 July 1830. For a long time it was called Tomaszów Rawski, Fabryczny, Brzeziński, eventually  since 1926 Mazowiecki. Manufacturers of Jewish provenance still build factories here – Hilary Landsberg builds around 1831 a large factory consisting of spinning mill, mechanical weaving mill, dyery and finisher. It was located on Gustowna Street (today Konstytucji 3 Maja Street). Weaving plants were built by Zussman Bernstein, around 1905 Feliks Landsberg builds spinning and weaving plants, a carpet factory is built by Majer Ber Szeps and a manufacture by Chaim Rubin. The town needs time to recover from November Uprising which resulted in confiscation of Ostrowski’s property. Deprived of their patron Jews of Tomaszów are burdened by the economic blockage. Despite earlier limitations established by the governement of Rawa Mazowiecka Jews supported the count during the Uprising, Jewish community financed and equipped army, some donated individually (Zysman Goldman or Lewek Silber), some even served in the Polish army (Kędzierski 2012: p. 19). It was a time of  inhibition of dynamic economic development which would restart only in 80. of 19th century. But Count Antoni Jan Ostrowski would not live to see that. He would describe his longing for Tomaszów in his letters and memoires written in exile in France, where he dies on 4 December 1845.

“Large theatre has already been built and even Polish and German plays were performed there” – it was mentioned before 1830. It referred to the building at 68 Piliczna Street (today 10 President I. Mościcki Street), with a hall called Apollo Hall hosting nomadic theatre companies. These companies constituted a significant part of a cultural map of Kingdom of Poland. They were composed mostly of amateurs performing simple plays for provincial spectators. In Tomaszów theatre stayed and performed mostly in taverns leased by Aron Neufeld, Konstanty Hanke, Paweł Proquitte, Emil Picker, Gustaw Rychter and Alfred Lewin. All of them, in different periods of time, managed theatre hall in a corner house at St. Anthony and Zielonogórska Street (today Tkacka Street). In 80. of 19th century the papers wrote: “The shrine of art (which is represented here by a small hall and tiny scene, 4 ells wide and 6 ells long at most (…), this thin room seats only 132 people” (Leszczyński 2004: p. 27). Correspondents called the scene “a small pot”, however a woman of letters, staying in Tomaszów around 1880 mentioned other, more comfortable place for theatre performances: “In the corner of the Square there was a large theatre where Ratajewicz (father) with his companions cheered faces tired of everyday work. Today in this place, instead of applause to Melpomen’s children, some prostrate to the golden bullock…” (Topas-Bernsteinowa 1898: p. 27) As Emilian Leszczyński suggests it could be the house of Neufeld or Śpiewak, which hosted a branch of bank since 1884. It could also be the house of Wajnberg with an exchange bureau.

Since 70. up to late 90. of 19th century many important artists visited Tomaszów, among others Władysław Krzyżanowski, Adam Jaworski and Paweł Rękopiór Ratajewicz. Entrepreneurs offered to their spectators mostly popular comedies, vaudevilles and plays of Aleksander Fredro and Józef Korzeniowski. Because most of spectators were German, since 1881 posters appeared in two languages.

One of the most talented theatre artists who visited Tomaszów in 80. was Anastazy Trapszo. He performed with his company (daughters: Irena and Tekla and Aleksander Żółkowski) on the evening celebrating building of hospital managed by Antoni’s son – count Stanisław Ostrowski. Another important figure is Stanisław Knake-Zawadzki, about whom critics wrote: “Tomaszów Rawski gained comfortable and large building which may seat up to 350 spectators. Performances were inaugurated few weeks ago by Drama Association managed by P. Knake-Zawadzki. And so Tomaszów Rawski has got <theatre of Zawadzki>” (Leszczyński 2004: p. 49). 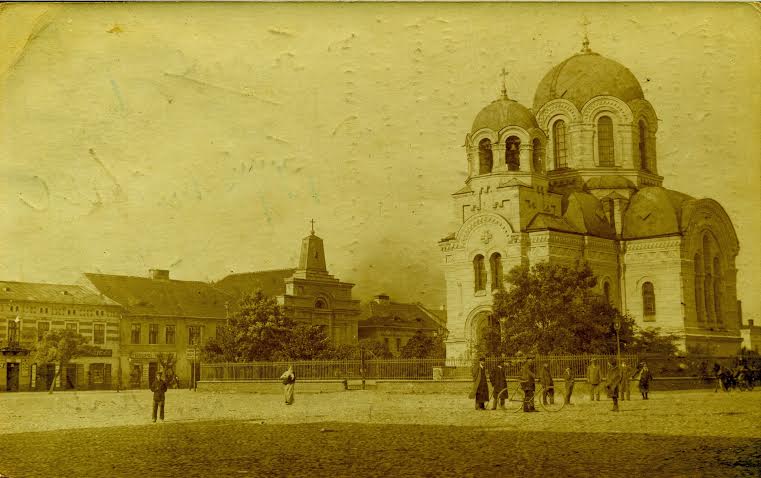 A pioneer of mechanization of industry in Tomaszów was Hilel vel Hilary Landberg (1834-1898), manufacturer of Tomaszów born in Warsaw, older brother of Abram Lejb vel Aleksander (1859-1928). He lived in Tomaszów where he opened a cloth factory famous for high technology and fair working conditions and salaries (Witczak 2010: p. 150). Hilary became a symbol of social advancement, an “imaginary figure of weaver from Tomaszów who thanks to hard work and organizational skills built modern, perfectly managed factory” (Witczak 2010: p. 150). His wife was Tomaszów citizen Chana neé Mendelsburg (1838-1904), with whom he had several children: Abram Lajb, Chaja Rajzla, Dwojra, Fiszel vel Feliks, Estera vel Emilia, Chaja Bajla oraz Łaja vel Eleonora (born in 1862), future wife of  already mentioned Abram Lejb vel Aleksander Landsberg. Aleksander brought powerlooms to Tomaszów, after Hilary’s death he became director and vice-president of joint-stock company of Cloth Factories of H. Landsberg. He contributed to forming a seven-year School of Economics (today Secondary School no 1). He had several children with Eleonora, among others Władysław (1888-1941), about whom Michał Piasecki wrote „bald, stout sir with ponderous movements”. Władysław was a publisher of “The Tomaszów Courier”, one of editors of “Echo Mazowieckie” and member of  Tomaszów Mazowiecki city council. Another son of Aleksander and Eleonore was Marceli (1890-1951), professor of infectious diseases at Medical Academy in Łódź. He lived and worked in Łódź, he stayed in Warsaw ghetto as internist – advisor and took part in secret trainings for doctors and students of medicine. He managed to escape from the ghetto with his daughters. Feliks (1868-1923) was a shareholder of the Factory of Rayon in Tomaszów. He was a  co-funder of company “Municipal Theatre of Tomaszów”. Together with Jakub Halpern they supported building and equipping School of Economics. His wife was Jadwiga Landau, with whom he had  son Henryk (1899-1970) and daughter Hanna (born in 1904). Henryk was a chief executive in Cloth Factories of Hilary Landsberg, member of Tomaszów city council, social activist and a sponsor of the first Jewish sports club in the Kingdom of Poland – “Turnverein” in Tomaszów Mazowiecki. His wife was Tomaszów’s beauty – Eugenia Silberman.

Big family of Landsberg contributed to the economic development of Tomaszów, but Landsbergs were also great enthousiasts of art and literature which is reflected among others in Henryk’s private library, Władysław’s work in publishing and editing, visits of Artur Rubinstein in Aleksander’s house at Gustowna Street (today Konstytucji 3 Maja Street). Also his granddaughter, daughter of Wanda Landsberg – Joanna Kulmowa had artistic passions. In her book “Topography of thought” she recalls her childhood in Tomaszów with enormous affection and longing. 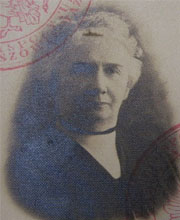 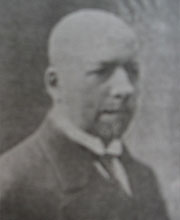 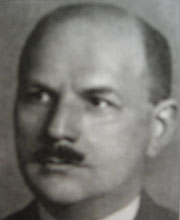 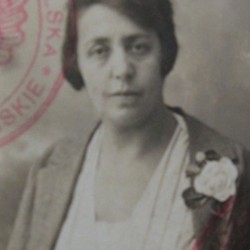 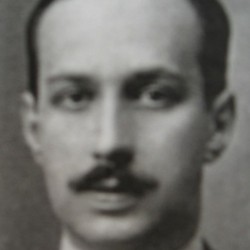 Other important family, which significantly contributed to the development of Tomaszów, was another Jewish family of manufacturers – the Bornsteins. Emanuel (1879-1942) was a co-owner of Factory of Cloth Products in Starzyce, social activist, philanthropist and supporter of assimilation of Jews. He was also the president of Jewish Community in Tomaszów, during recession and unemployment he supported financially unemployed and starving children from the community. He had two children with his wife Romana Koral (1888-1942): Tadeusz Benedykt (1919-1942) and Wanda (born in 1911). During occupation he got to the Warsaw ghetto, together with his son they were transported to Treblinka in 1942. Tadeusz was an artist, painter and a poet of Tomaszów. He studied at the Acadamy of Fine Arts in Kraków under prof. Zdzisław Przebindowski and Władysław Jarocki. As a painter he was influenced by Józef Pankiewicz. His paintings in majority didn’t survive but several poems and dramatic poem “The Last face of lord Byron” luckily were saved from occupation. They were sent to theatre and film actress Bohdana Majda-Mincowa, originating from Tomaszów.

In Tomaszów there also lived – perhaps related to the above mentioned persons- Dawid Bornstein (1860-1933) with his wife Sara Rubinstein and children: Szlama vel Salomon (1891-1942) and Zysla vel Zofia (born in 1896). He built a mechanic weaving mill by the Wolbórka river, he hired Seweryn Sterling as a doctor in the factory. In 1906 he built a millowner’s villa at Warszawska Street. What’s interesting on the turn of 19th and 20th century other Dawid Bornstein (1876-1942) moved to Tomaszów from Sochaczew. He was a recognized rabbi in Tomaszów between 1918 – 1926, tzaddik and propagator of Chassidism. He was awarded a title of gaon for his thorough knowledge of Tora (Witczak 2012: p. 54). 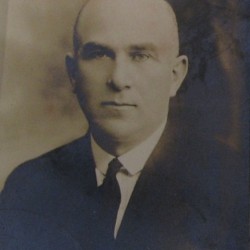 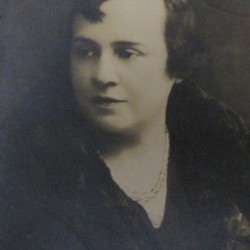 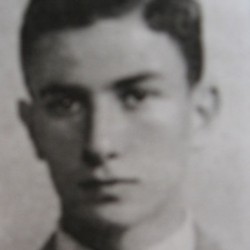 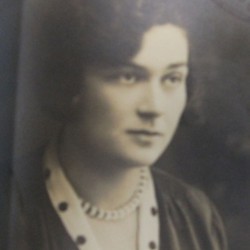 Jewish manufacturers were a part of industrial map of Tomaszów, most of them were buried at Jewish cemetery in Tomaszów. Quickly developing city provided goods not only to Polish but also to oriental markets and manufacturers’ work often exceeded simple management of factories and was connected with promoting culture in the city.

The richest and the most numerous collection of books in Tomaszów’s library on the turn of 19th and 20th century belonged to Emilia Topas-Bernsztajn, who bought a bookstore company from Tomaszów’s typographer Teodor Marian Pruski (Witczak 2010: p. 251). She ran a library, a reading room and a bookstore, she had the authorization from Kraków and Warsaw publishing houses.

Topas-Bernsztajn originated from Warsaw, she was a teacher, social activist and a writer. She published articles in Piotrków newspaper “Tydzień” (Week) and a magazine “Ateneum”. She published volumes of short stories “Tragiczny etap” (Tragical stage) (1901), “Z cichych dramatów” (From the silent dramas) (1906) and “Autodafe – w cichym domku” (Autodafe – in the silent house) (1916, pen name Marian Orlicz). Her dramas were performed in Neufeld’s Hall in Tomaszów and in the Jewish Theatre in Łódź when Icchok Zandberg was the director in 1911.